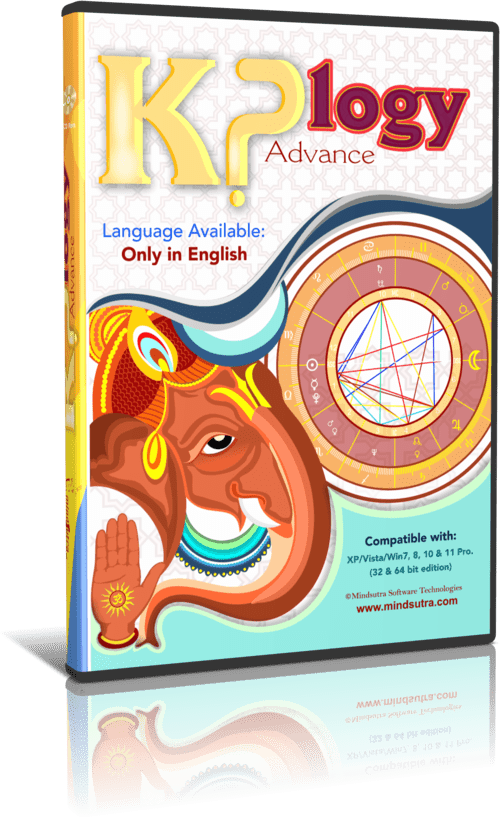 KRISHNAMURTI PADDHATI is a somewhat heterogeneous - yet very systematic - blend of some of the principles of both Indian Astrology and Western Astrology, duly spiced up with the newly devised concept of "SUB". A "sub" - in most cases* - is nothing but an unequal one-ninth part of the span of a Nakshatra (13*20'), which is taken in proportion and order as per Vimshottari Dasha.

[*N.B.: If a particular nakshatra-part covers the end part of a sign and the beginning part of the next sign, then it is divided into two different fragments - each belonging to either of the two signs. These unusual 2 usually unequal small parts are also considered as 2 different subs.]

Like every 'new' or developmental method, K.P.System also has it's own merits and usefulness. But, the claim of obtaining fail-proof results by using this system is 'nothing but the figment of heated brains'. Although Krishnamurti's method deserves to be studied by the curious and interested students and general learners of Astrology, many learned and conscientious Astrologer had advised the students not to overly depend on this particular method only; this is since the subject of Astrology is far more complex. No intelligent learner can ever be expected to be satisfied by acquiring the legendary 'blind man's view of the elephant'!

* In K.P.System, the planetary positions are considered on "Nirayana" (Sidereal) basis, as is usually done in Indian Astrology.

* The recommended "Ayanamsha" in this system is KRISHNAMURTHI Ayanamsha, whose value is fairly close to Lahiri's.

* In K.P.System, the positions of Uranus, Neptune and Pluto are noted; the position of Chiron may also be noted. In case of Indian Astrology, noting the positions of these planets are considered neither essential nor necessary - although some modern Astrologers are inclined to include these positions also.

* The House-cusps are as per PLACIDUS SYSTEM of House-division; (As is popularly used in Western Astrology - but with the difference is that K.P. Ayanamsha value is to be subtracted - as it is on "Nirayana" (Sidereal) basis; whereas in Western Astrology - unless specifically mentioned otherwise - normally no such subtraction is made - as it is on "Sayana" (Tropical) basis.

[N.B.: The difference is to be noted. In case of PARASHARI SYSTEM of traditional Indian Astrology, PORPHYRY SYSTEM of House-division is followed, which is also known as "SHRIPATI PADDHATI". And in case of JAIMINI SYSTEM of traditional Indian Astrology, the house-cusps fall in just the successive signs in order - with the "Krishamsha" (or the longitude bereft of completed signs) remaining always the same as that of the Ascendant. This is known as PTOLEMAIC SYSTEM of House-division.]

* House-Span: In K.P.System, there is NO "Bhava-Madhya" or House-Mid (as is followed in traditional Indian Astrology), which is a speciality.

In this system, the individual span of a house is from the concerned House-cusp to the House-cusp of the next house.

* BHAVA-Chart: Generally termed as BHAVA (Cuspal) or Nirayana Bhava Chalit. Since in K.P.System, the Bhava-span is from cusp to cusp (and not from Bhava-Mid to Bhava-Mid), the positions of some planets are frequently found to fall in either the previous or the next Bhava (when compared to the traditionally made Bhava-charts as per Parashari Astrology).

* Drawing of Bhava-Chart Diagram: Normally, K.P. Charts are drawn as per SOUTH-INDIAN style. If this is done so, then NO separate Bhava-Chart is necessary - as the House-cusps are also put in the rectangles representing signs; it is usually denoted by 'Roman' numerals alongwith the "krishamsha" values either in deg:min mode or deg:min:sec mode.

However, if the charts are drawn in the North-Indian style, then a separate Bhava-chart must have to be given along with the Lagna-Kundali - side by side; this is since in the North Indian style, the sign positions are not "fixed"; it is not necessary in South Indian, East Indian, and Shri-Lankan styles - as the sign-positions are "fixed" in the any horoscope.

* Divisional Charts are NOT given in K.P.System (although some enthusiasts opt for including "Navamsha-Kundali" also - for some queer reason best known to them).

* The Dasha-System: Only a single Dasha-system is used in K.P.System, which is VIMSHOTTARI DASHA (the total duration of the Dashas of 9 planets yield a full-cycle of 120 years). The Ayanamsha to be used is as per KRISHNAMURTI only.

* The "ASPECTS": The Aspects in K.P.System is as used in Western Astrology - which is similar to Tajaka system, as followed in Varshaphala & Prashna-Kundalis.

In K.P.System, importance is given to "PARALLEL" Aspect (= Parallel of Declination), which is followed in Western Astrology only - and not in traditional Indian Astrology.

The "Aspects" are considered between: (i) two planets, and (ii) a planet and a house-cusp.

Some enthusiastic people also take into account: (a) "Applying" and (b) "Separating" postures - as is done in Western Astrology, and also in Varsha-Phala (Solar-return) charts of Indian Astrology.

* Position of FORTUNA is invariably mentioned in K.P.System. Also termed as "PARS FORTUNA", this is used in Western Astrology. Some traditional Indian Astrologers (who do not follow K.P.) also include it.

The position of PARS FORTUNA is not that important as it is believed to be. Actually, it is a corrupt form of the "Punya Saham", which is mainly considered in Varsha-Phala (Solar-return) charts in Indian Astrology. Whereas the formula for the PARS FORTUNA remains the very same in all cases, the formula for the PUNYA SAHAM varies; it's formula can be any of the 4 (four) - depending on:

(b) Whether the longitude of the Ascendant falls between the minuend and the subtrahend - when progressed in usual zodiacal order.

* Importance is given to "Week-day Lord"; it is invariably mentioned under the heading of "RULING PLANETS".

* Importance of "SUB": In K.P.System, maximum importance is attributed to "SUB" (or Nakshatra-part), and it's lord - known as Sub-lord.

In case of some nakshatras, whose some part fall in one sign and remaining part fall in another (adjacent) sign, some proportionate part of nakshatra covers two consecutive signs; in such cases, the same nakshatra part is fragmented into two subs (and these subs become smaller than usual).

A particular sub will thus have only one sub-lord, only one star-lord and only one sign-lord.

Although there are 27 Nakshatras, there are only 9 Nakshatra-lords. In one sign, only three nakshatras are possible (2 full & one in part OR 1 full and 2 in parts); thus, in each sign, there can be 3 star-lords.

Summing up, it can be seen that: in the zodiac, there are only 249 SSS (Sign-Star-Sub). The subs (SSS) are of great important in K.P.System.

The subs (SSS) are also important in "PRASHNA" (or Horary Astrology) as per K.P.System.

Although Prof. Krishnamurthi, or any other person who follows K.P. had suggested that the Astrologer should pick up a number between 1 and 249 by asking the querent (or his/ her agent), we have devised a method of our own for finding the RANDOM SSS (Sign-Star-Sub) directly. As we have observed that it can be depended upon, it might merit some consideration of the more open-minded learners and practitioners of the K.P.System.

* The FOUR significators as per K.P. System:

(A) If the Planet is the Lord of the house,

(B) If the Planet is situated in the house,

(C) If the Planet is situated in the Nakshatra of the house-lord,

* The Week-day Lord (As per English Calender):

* The Week-day Lord (Taking from Sunrise):

* The Sign-lord of the Ascendant:

* The Star-lord of the Ascendant:

* The Sub-lord of the Ascendant:

* The Sign-lord of the Moon:

* The Star-lord of the Moon:

* The Sub-lord of the Moon:

* Exalted Planets (if any):

* Debilitated planets (if any):

[*** N.B.: Some people consider "week-day" from Sunrise to next Sunrise. This obviously makes some difference, if the birth happens (or horary question is raised) after mid-night and before sunrise, as the same week-day would still continue (although the English date changes after mid-night). For this, two options could be provided - for selecting the week-day - in such cases - according to the user's choice. The week-day as per the International Calendar should be reported "by default".]

* MUHURTHA (ELECTIONAL ASTROLOGY): "RAHU-KALAM": (be included in K.P. section - as it is observed in some parts of South-India like the state of Tamil Nadu, where K.P.System is quite popular.)

Although normally not observed in North-India, it is quite commonly observed in South-India, (more particularly, in Tamil-Nadu). The period, which rules during sometime in the "day-light" hours only, and extends for about 1/8 part of the 'day' duration (which is roughly 1 hour and 30 minutes) - the span of the period is variable, depending on the latitude of the place and date/ month of the year - is considered to be inauspicious, as the period is supposed to be ruled by the dire natural malefic planet, unpredictable Rahu. There are a number of people, who will - according to their traditional belief - or might simply refuse to undertake any auspicious work during the period of "Rahu-Kalam" of the day; there are even a large number of people, who do not even wish to be engaged in even normal day-to-day pursuits, during the inauspicious period of the so-called "Rahu-Kalam".